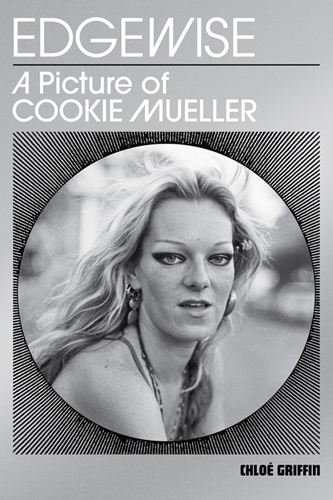 Jahr
ISBN
Seiten
Preis in €
2014
9783942214209
340
22
Cookie Mueller was a firecracker, a cult figure, a wit, a wild child, a writer, a go go dancer, a mother, an unlikely queer icon, an alchemist, a lightning rod in dark times. A child of suburban 50‘s Maryland and post-beatnik 60’s freakdom, she made her name first as an actress in the films of John Waters, and then as an art critic and columnist, a writer of hilarious and sublime stories and short fiction and a maven of the Downtown art world. Edgewise tells the story of Cookie‘s life through an oral history composed from over 80 interviews with the people who knew her. After tracing back some of the steps of the author’s 7-year trip in search of Cookie, the voices take us from the late 60’s artist communes of Baltimore to 70’s Provincetown where romantics and queers crawled the dunes and discos, to the sleepless creative high of post-industrial Bohemian New York, through 80‘s West Berlin and Positano, and into the depths and contradictions of Cookie’s life and loves.

Since  her death from AIDS in 1989, Cookie’s work and life have made her  an underground icon. Her original texts, first published by Hanuman  Books and Semiotext(e), have been reprinted  by Serpent’s Tail, and she is remembered for her appearances in the  No Wave films and theater of Amos Poe, Michel Auder, Gary Indiana and  others.
Along  with the text, Edgewise consists of original artwork, unpublished  photographs and archival material, and photo contributions by  Philip-Lorca DiCorcia, David Armstrong, Robert Mapplethorpe, Peter  Hujar and others.

‍
Edgewise  is a meditation on memory and story-telling.