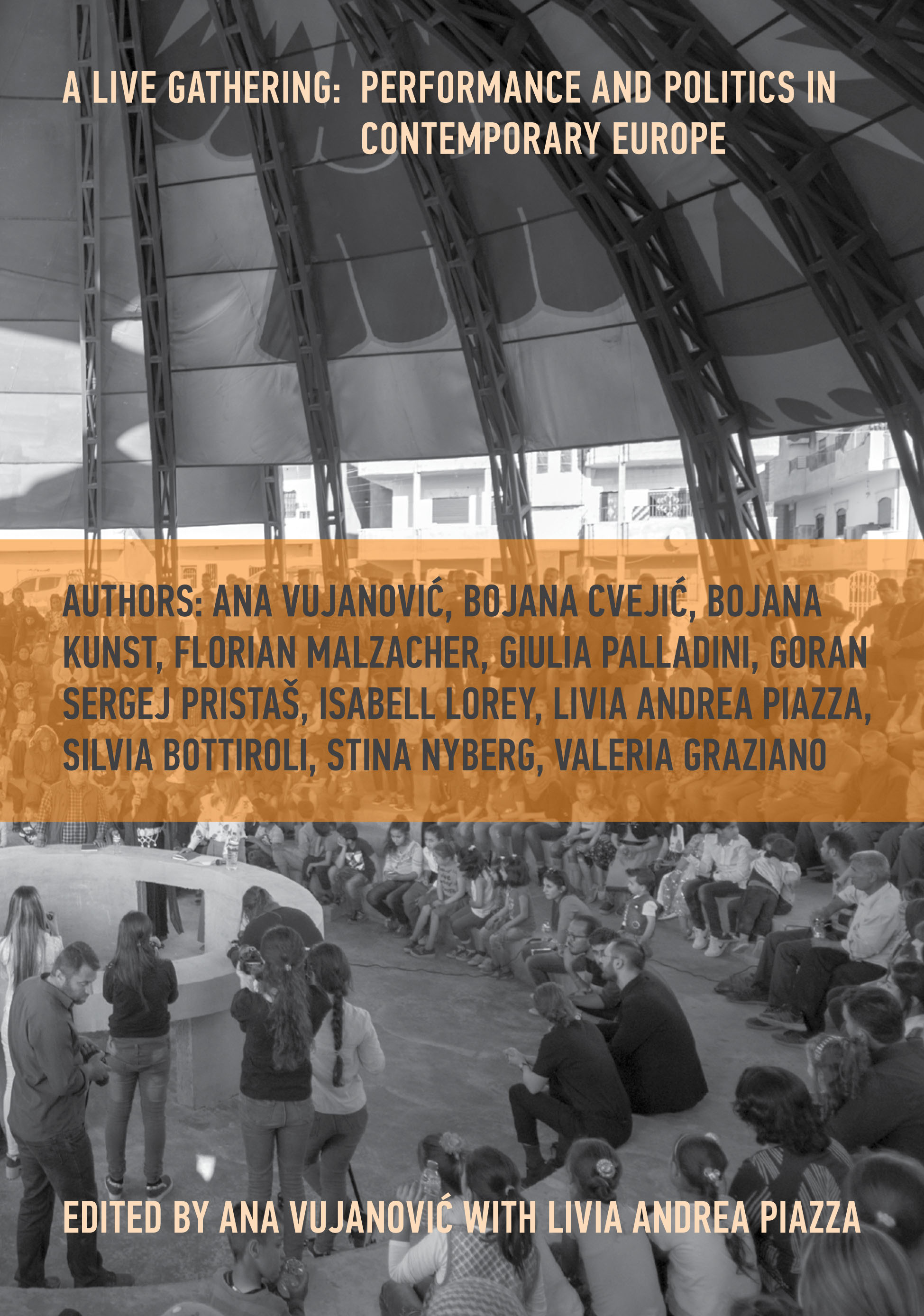 Performance and Politics in Contemporary Europe

Jahr
ISBN
Seiten
Preis in €
2019
978-3-942214-29-2
256
20,00
The main question we raise with this book is how performance can be political in present day European representative democracy, a system which no longer draws on the live gathering of people. Several leading European (mostly female) thinkers analyse artistic practices that have emerged alongside new social movements – such as Solidarity in Greece or Municipalism in Spain – investigating how theatre, dance and performance respond to the new political insights and experiments. It is a context wherein the previously well-known tactics and tools, such as participation, identity politics or spontaneous usage of public space don’t suffice. Thus we must build and learn a new vocabulary of politicality of performance that includes opaque words such as ‘innervation’, ‘preenactment’, ‘prefiguration’ or ‘recreation’.

Part I : What is people’s gathering to democracy?
Isabell Lorey – The power of the presentist-performative: on current democracy movements
Bojana Cvejic – The procedural, the prescriptive and the prefigurative performance: some reflections on the question of time of political action
Bojana Kunst – Performance, institutions and gatherings: Between democratic and technocratic european cultural space
‍

Part II : The new politicality of performance: the time of gathering, (re)creative labour and the domestic
Stina Nyberg – A live gathering dictionary
Ana Vujanovic – Performances that matter: from pubLic sphere to creative Labour
Giulia Palladini – on coexisting, mending and imagining: notes on the domestics of performance
Livia Andrea Piazza – Performance and Liveness: A Politics of the meantime
VaLeria Graziano – Recreation at stake